We sail from Latoura’s marina (Ormos Panagias area) at 10:00 a.m. and just after we pass the islands of Diaporos and Agios Isidoros we face the impressive presence of Mount ATHOS (named by a Giant called ATHO). We sail along the coastline of AGIO OROS, rocky coasts with deep sea. We have a panoramic view of unique ATHOS with the 20 monasteries, dominating at the area for more than 1000 years.AGIO OROS or PERIVOLI TIS PANAGIAS (HOLY MARY’S GARDEN), as the monks themselves used to call it, is a monastic state that exists from the Byzantine Ages up to now. An independent part of Greece with Christian Orthodox monasteries dedicated to the worship of God with an organized inner life according to tradition… AVATON for women! (no women allowed on land). We sail at 500m from coastline (it’s not allowed to go closer) and we see the monasteries of Osios Grigorios, Simonos Petras, Xiropotamos, Agios Panteleimon (Russian), Xenophontos and Dochiariou.We carry on sailing to Ammouliani island and Erimonisia Drenia (Gaidouronisia). A complex of small islands with turquoise blue seas and white sanded beaches where we stop for swimming, food and drinks. We can also visit Ammouliani island to shop and have a walk. On our way back we have a last stop for swimming in the amazing sea of “GALAZIA NERA”, between Agios Isidoros and Diaporos islands. We return to Latoura marina at about 18:00 p.m. 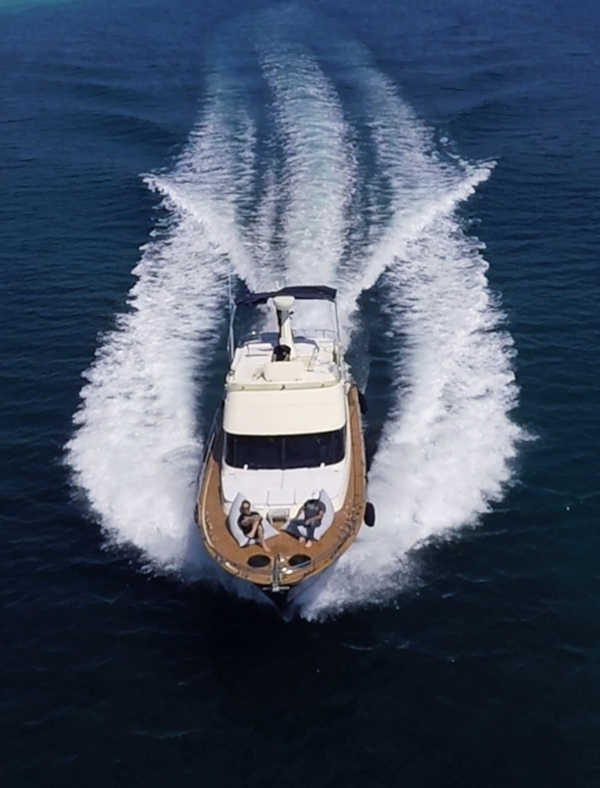